THE BIRTH OF SOMETHING DAMN GOOD

Damn Good is a young startup of three Dutch entrepreneurs. We invite you to follow our quest through 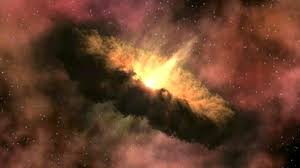 Kasper and I are both residents of the Dutch town Purmerend, both working out at the same gym.

Kasper is a former pro soccer player who has his own business importing and selling fireworks. My background is more fitness orientated. Starting off with my own blog on fitness and bodybuilding and later writer for another Dutch fitness blog. Research based articles on food and nutrition were my thing.

When Kasper approached me for some advice on setting up a supplement company, I was initially reluctant. In my opinion a large portion of the supplement industry was build on unrealistic expectations and promises. I rather stuck to the basics, like good ol’ protein and creatine. But everybody is selling those. What would we have to add? What makes us better?

But then weeks later, turning into another direction and seeing some awesome designs made by Michel, I was on board. Let me explain this 180.

‘Just need some self discipline’

There’s nothing simple about diets and weight loss. I’ve writing hundreds of articles on the matter over the span of a decade. My conclusion: We know more everyday, but we’re still not effective enough in turning this knowledge into desired results. You can know everything about every diet, it still doesn’t make eating healthier any easier. At least for most of the population in the west, looking at the stats.

It’s popular to believe that you ‘just need self discipline’, or self control. To make decisions benefitting the long term instead of giving in to quick gratification. But did you know that even ‘self controle’ is, at least in part, based on genetics?

This doesn’t mean there’s no personal responsibility, but it does mean that there a limits to this. We have to recognize that we are living in an obesogenic environment. Looking at the numbers, more and more aren’t up to this challenge.

So let’s accept that we shouldn’t count on the morale of the troops. Rather let’s turn the conditions of the battle itself in their favor.

In proces management I learned to focus on the ‘big fish’. Identifying those areas that have the largest effect on your bottom line and then finding the best ways to improve them.

When that bottom line is your weight and it’s effect on your health then we can also look for the big fish. Looking at public health in general, focussing on yet another brand of protein for fitness fanatics doesn’t really seem to pack a punch, so to say.

Based on international research soft drinks and energy drinks seem to be a much bigger fish.

‘But we already have softdrinks containing no sugar!’; I hear you say? Correct. But that’s just subtracting. That’s just, less.

A lot of people drinking softdrinks don’t just enjoy the sugars because of the taste. They also expect that sugar rush. Simple, refined sugars are like nitro to a car. Fast burning, for short term efforts of high intensity. Great when working out, not so great when binging Netflix for 8 hours straight.

Sugar replacements can, on themselves, be effective in cutting down calories. That’s why we add them. To offer the same experience in taste without the accompanying carbs.

But there are drawbacks. The mind being tricked into thinking it’s receiving sugar, has been shown to compensate for this loss in subsequent meals according to some studies. Subconsciously eating more the next meal because your body is still waiting for those sugars it detected earlier.

Instead of just giving the taste without any substance, we decided to add protein to softdrinks as the only source of energy.

Protein provides for the same 4 kcal per gram as carbs/sugars do. There are however important differences in how the body uses the energy gained from the two different sources.

Carbohydrates, especially sugars are easily absorbed and turned into glucose. This can lead to a spike in glucose and consequent in insulin. Insulin then signals cells throughout the body: “Hey there’s a lot of sugars here, please take some.” Cells like muscle cells, when in need of energy, or fat cells when needs aren’t actually dire. Sugar before working out? Cool. Sugar during Apex battles? Not so cool. Or any video game for that matter.

The calories that protein offer have a much slower uptake rate into the bloodstream. It also costs the body more energy of its own to free this energy from protein. Thus leading to a lower and slower rise in blood glucose levels. Rather than turning protein into glucose when glucose levels are already high enough, protein can be used als building blocks for muscles. Proteins are build up by amino acids that are required to promote building muscle mass and slow the brake down.

Since the only other sources of energy are dietary fats and alcohol, we think protein is the most responsible to add to softdrinks. Yes I know, rocket science.

Damn Good isn’t meant to be beneficial for a couple of minutes by using caffeine to temporarily chiptune your system.

Caffeine does have a lot of positive effects to offer. In the right dosages at the right time. We don’t think that high dosages all the time is a good balance between possible positive and adverse effects. We also know that positive effects get mitigated over time through higher tolerance levels.

Since caffein isn’t exactly a scarce drug, we choose not to add it.

See, we’re thinking about the ‘worst case scenario’: When people turn into die hard Damn Good drinkers by the thousands. We don’t aspire to become the world’s biggest sugar and caffeine pushers.

The only other ingredients that made the cut are vitamines B and flavors.

Why the vitamines B? Because the ones we have selected help the body use its sources of energy more efficiently. At least that’s something a lot makers of energy drink got right.

Why the flavors? Because Damn Good has to taste Damn Good.

Now we just have to find those flavors.